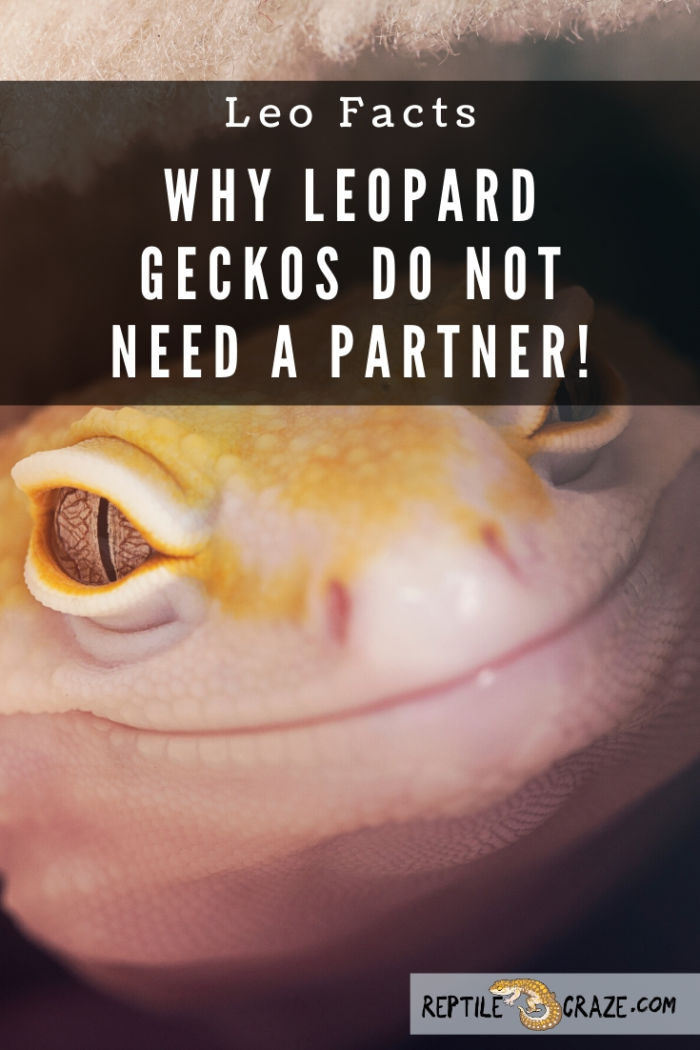 I always fancied the idea of raising a pet reptile. And then one fine day I came across a pet store with a variety of lizards and brought home a Leopard Gecko. Initially, I was thinking about introducing him to another Gecko; so that my little reptile friend can enjoy some company.

But, then after talking to other Leopard Gecko owners and researching this particular Gecko species, I decided against it.

Do Leopard geckos need a partner? Leopard geckos will fight with each other since they are solitary animals and especially males are territorial. Irrespective of whether it’s a male or female, once they become adult, they prefer to be on their own. Some Leopard Geckos may like company, but not all do.

They don’t even need a partner. Unlike other common pet animals, Leopard Geckos prefer to be alone. No matter what sex your Leopard Gecko is, it’ll be a wise decision to never get a partner for it.

The nature of leopard geckos

It is quite unnatural for Geckos to live in a group. When it comes to Leopard Geckos, though they are non-aggressive and easy-going lizards, at the end of the day, they too are solitary species.

Apart from the attractive and colorful looks of Leopard Geckos, it is certainly their temperament that makes them popular as reptile pets.

They are not social if you take the word ‘social’ in its true sense, though they communicate with the other members of their species as well as their surroundings.

Yes, Leopard Geckos are loners and prefer to live alone and putting one Gecko with another Gecko partner can stress them. This does not mean that they are not “friendly” though. We show you how friendly they really are here! 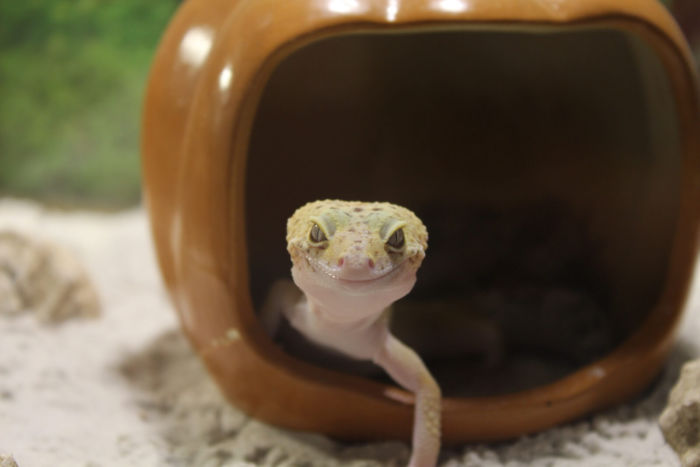 Why should you never get a partner for your Leopard Gecko

Often, Leopard Gecko owners think that raising a single Gecko can cause the reptile to feel lonely.

However, many suggest that thinking that your Leopard Gecko will get lonely is nothing but anthropomorphizing emotions of humans, who are known to be social species, on a species that is no way social, at least when it comes to living with others of its species in the same terrarium.

By ‘no way social’ it means they are solitary animals who come together only for a short period such as mating.

Except for breeding purposes, it is suggested not to keep two or more Leopard Geckos together. Leopard Gecko also doesn’t like the company of other Leo Geckos except for the breeding season.

Do Leopard geckos get lonely without a partner?

For those who think that their Leopard gets bored alone, know that they don’t. They are cold-blooded animals (ectotherms), which means that trying to make them active too much can prove to be too hard on them.

Hence, they move only when there is a solid reason to do so. Therefore, if you do see your Leopard Gecko sitting in a particular place for a long time without much of a movement, don’t think that it’s feeling weary or lonely for having no partner.

The reasons behind its sitting like that can be the fact that it doesn’t want to become active then which can make it lose energy. And if your Leopard Gecko doesn’t get bored there’s no reason to think about getting a partner for it except for breeding reasons. 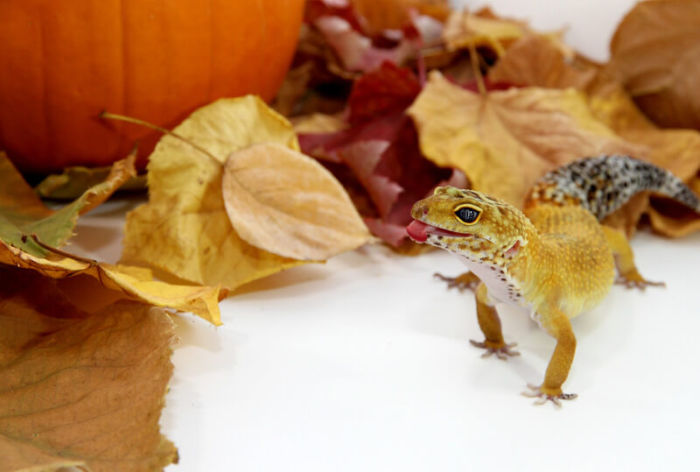 What can happen if you get a partner for your Leopard Gecko?

A lot of things can go wrong as a result of getting a partner for your Leopard Gecko. The first thing that happens usually is they start fighting with each other and feel angry.

However, you must remember that not all Leopard Geckos feel the same way about a partner; some may go well with another male or female Leopard Gecko.

But studies suggest that in such cases of Leopard Geckos living together, they are not living the way they like to but just surviving.

Due to their solitary and territorial nature, Leopard Geckos prefer to live alone.

If you see two Leopard Geckos of same-sex or opposite-sex living together without fighting with each other, then know that there is always an underlying competition among them for the resources for living such as food, hides etc.

And it is competitions like this that leads to one of the two Leopard Geckos becoming more dominant and getting more water, more food and more of the heat sources.

In many cases, it has also been observed that, even when same-sex Geckos are put together, the Geckos initially bonded together but later as they became adults they started fighting.

Yes, despite living together since birth, without any fight, after maturing which is turning around 7 months old, they no longer bear the presence of each other. In that case, you need to separate them immediately as it can stress both the Geckos.

Leopard Geckos tend to reject other Geckos even after living with it for a while. Female Geckos, even when alone, get stressed during pregnancy.

Except for mating season, if you see two Leopard Geckos cuddling each other, know that it’s their way of stealing warmth and asserting dominance over the other.

Should you consider putting a smaller Leopard Gecko with your adult Gecko?

Yes, some Leopard Geckos may not show hostility when kept with another Gecko. But it doesn’t mean that you should consider getting a baby Leopard Gecko for your adult Leopard Gecko.

Whether it’s a male Gecko or a female Gecko, it can harass the little Gecko, and attack it if it feels so. And as a result, the baby Leopard Gecko could become excessively stressed which can result in it stopping eating anymore.

Even if you consider getting your Leopard Gecko a partner or see whether it gets well with another Gecko or not, get a Leopard Gecko of the same age. A female should never be kept with a male unless it’s for breeding.

However, in the end, it will do no good to your Geckos since they are less likely to thrive together in the way they will when left on their own.

Remember, the only way to try keeping more than one female Gecko or one male Leopard Gecko with one or two female Geckos is by increasing the size of their terrarium.

A 20-gallon terrarium can be a house for a maximum of three Leopard Geckos if you’re thinking about breeding. However, we still recommend getting a bigger tank than that if you want to house more than one leopard gecko.

A bigger tank can decrease the chance of territorial aggression and fighting. If you are dealing with a very aggressive Leopard gecko, read our article on that here: 5 Reasons why your Leopard gecko is so aggressive!