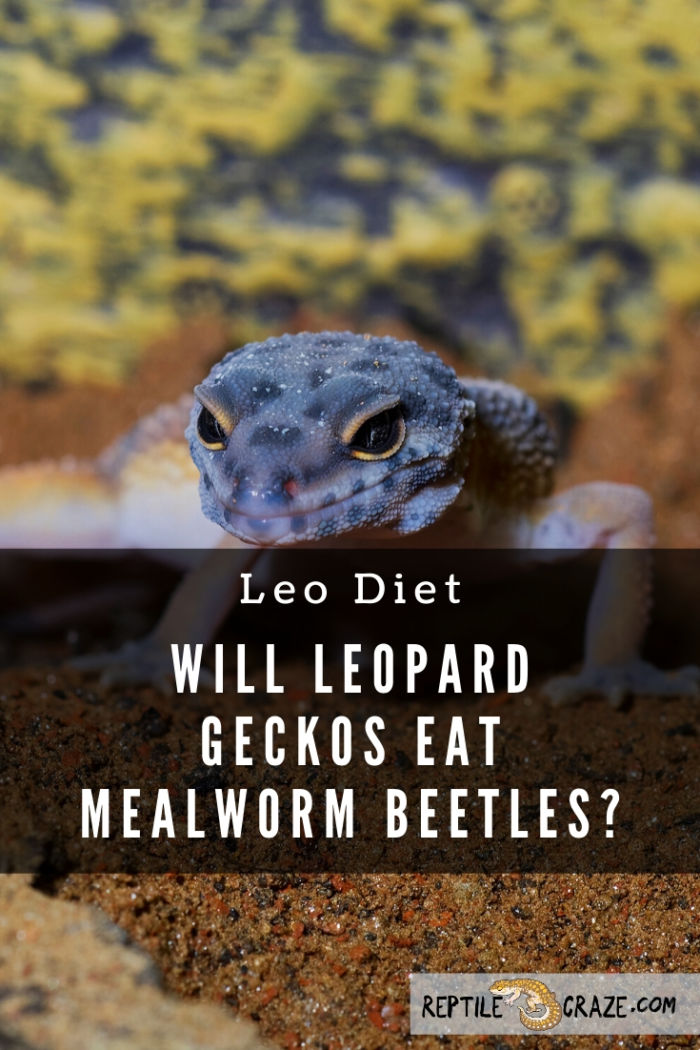 Known also as darkling beetles, mealworm beetles are what mealworms will become if you let them mature long enough. It can happen to many leopard gecko and reptile enthusiasts with busy reptile rooms and colonies of mealworms.

You certainly don’t want to waste a perfectly good insect, so what are owners to do?

Will leopard geckos eat mealworm beetles? It varies from gecko to gecko. Some leopard geckos will not bother with the creatures, while others may jump right on it and munch away. The beetles are harder than some other insects leos are used to eating. They are not as good for the gecko as some other staple insects like crickets due to the chitlin.

Now you have a basic understanding of mealworm beetles- and you know that it will be a toss upon whether or not your leopard gecko eats it. Keep reading to learn more about these beetles and their suitability for leopard geckos.

Mealworm beetles are not limited to just one species- there are over 15,000 species of these insects located in temperate/tropical areas around the globe. Most of the time, they are found in wooded areas and fields. They are considered a grain pest.

The fully-grown beetle may be a bit large for most adult leos to handle. Aside from the chitin found on their body, the max length of a mealworm beetle is 1.5 inches long.

Even though these creatures do not fly, which makes it easier on the leopard gecko, the chitin makes it difficult to eat in comparison to the larvae.

It may seem like a good idea to catch darkling beetles out in the wild. After all, they are plentiful and live in close range to humans as humans keep barns, gardens, and other food sources. However, these insects are known to feed on decaying plants and animals.

It is not healthy enough- leopard geckos need gut-loaded insects that have been given wholesome, nutritious foods to eat such as oats, carrots, or sweet potato.

Aside from this, the mealworm beetle is a foul-smelling type of food to give to reptiles. These beetles are known to secrete an unpleasant smelling substance from the glands located in the rear part of their bodies. It is a defense mechanism designed to ward off predators.

What About Mealworm Beetles Recently Hatched?

It is part of raising reptiles that we add a good calcium supplement to the larvae that we feed our leopard geckos.

The fact of the matter is that while mealworms are a great staple food for leos, they lack good calcium to phosphorus ratio, which demonstrates the need for a good supplement.

Mealworms that have newly molted may have an advantage to leopard geckos. The jaws of mealworms are actually quite powerful and can hurt a leo, especially if they are having trouble moving around or recovering from illness or injury.

Some keepers swear by feeding these newly molted beetles. They are white in color and softer than fully grown mealworm beetles. Their mouths are weaker than the mealworm larvae, and their chitin levels are also lower.

They provide a good supplementary meal for leopard geckos and other reptiles, as well as amphibians, scorpions, and tarantulas.

You can get mealworms to shed or molt by keeping them at 76F to 80F. You can feed the beetles a mix of cornmeal, wheat bran, and mix in some Tetramin fish food (the flake kind) plus some banana skins to give the beetles moisture. (They don’t drink water, after all). 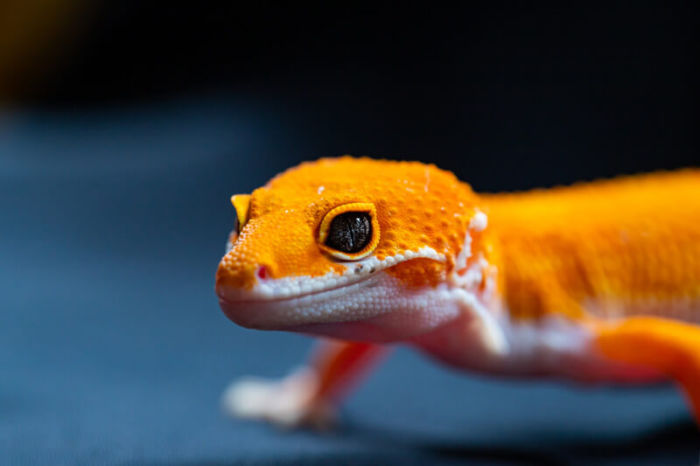 Curious about how to get started breeding your own mealworm beetles? It is a valuable skill to learn as it will help save money on your feed bills, and it really helps if you have multiple reptiles or leopard geckos.

The steps are far more involved, but here is the basic process for starting your own mealworm beetle colony.

Start off with 500 mealworms. Don’t buy the “super” mealworms as they may have a hormone added that will prevent them from growing into beetles. They will be sterile if they DO morph.

Get your Breeder Box in Order

A shoebox-sized, smooth-sided container is needed, preferably made of plastic or glass. You will want to keep a tight-fitting lid on the cover and drill holes into it if the cover lacks ventilation holes. It will prevent mold from growing.

You will now want to put bedding into the container. Cornmeal makes a good substrate. Make sure it ground to a fine powder.

Now add in veggies like carrot or sweet potato into 3-inch chunks and put them into the container. Be sure to remove and replace food every few days, so it does not get moldy.

You should also add in a banana peel or apple to provide moisture.

Allow the Worms to Grow

Now leave the container for several weeks and let the mealworms grow. Let it stay undisturbed for a few weeks. They will eventually turn into pupae and after that adult beetles. The container will do best when kept at 76F-80F and at 70% humidity.

You may need to use a ceramic heat lamp in order to keep the heat up- but keep in mind this can dry out the container. (Use a moistened sponge or banana peels/veggies to keep the moisture up).

Yes, leopard geckos are able to eat mealworm beetles/darkling beetles. But whether or not they will be dependent upon each individual gecko. Some may find the beetle a bit tough to chew on compared to other insects such as crickets, while others will dive right in and munch away.

Thankfully, these beetles are relatively easy to breed, and given that many reptiles and other pets enjoy eating them, they can help keepers save money on food bills.

They should be gut loaded and dusted with calcium if you do choose to feed- make sure to put them into a sandwich bag, add the calcium supplement and shake vigorously. Remember, if your leo doesn’t like them, get rid of them right away to prevent foul smells or bites.