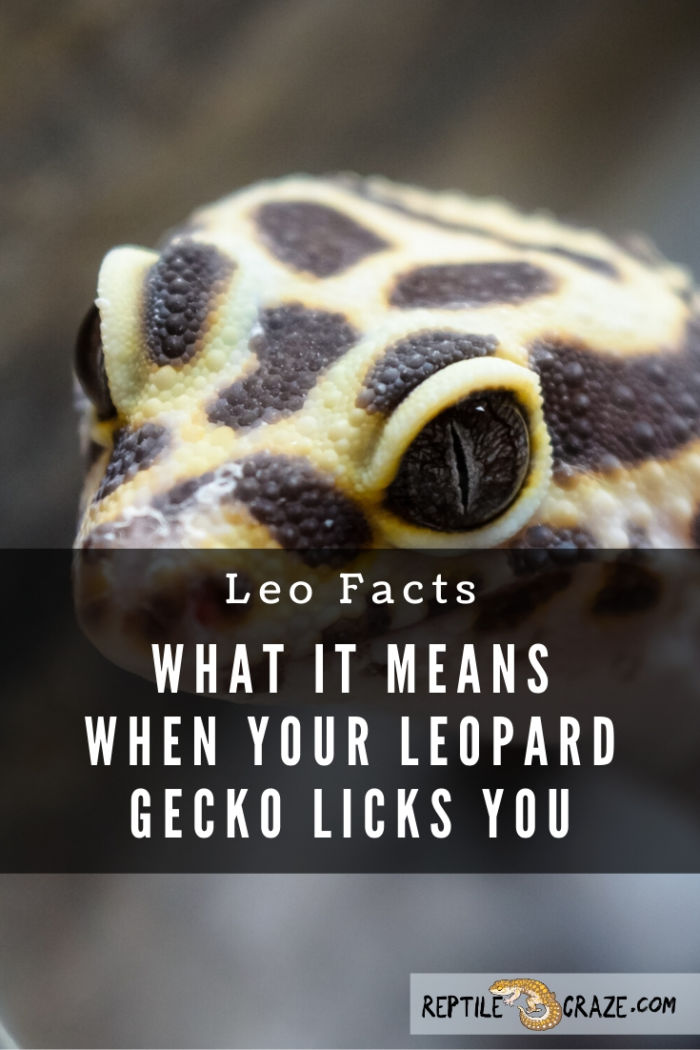 Your new leo is out of the habitat. He’s exploring. You’re hanging out, and you let him crawl over your hand and notice that he proceeds to lick you. You’re a bit weirded out, but go with it, although can’t help but wonder why your leopard gecko has just licked you?

What does it mean when your leopard gecko licks you? Leopard geckos lick to become acquainted with their surroundings. Leopard geckos have what is known as the Jacobson’s Organ, also referred to as the vomeronasal organ, located on the roof of their mouths, which allow them to taste and also get a sense of whether the object is alive.

Leos lick you, including everything else, as it allows them to learn about their environment. Keep reading to fully understand licking behavior in leopard geckos.

What Does It Mean When Your Leopard Gecko Licks You?

Licking behavior, or rather tongue flicking, is a behavior commonly seen in leopard geckos.

Leopard geckos use their tongues in similar ways to chameleons, although they do not have long tongues that propel forward at a very fast rate to catch their prey from a distance.

Licking behavior is a means of smelling or tasting their environment. Licking allows leopard geckos to get a better sense of their surroundings, especially during hunting, pursuing a mate, hiding, and breeding.

So essentially, your leo is simply getting to know and understand you a bit better when he licks you.

This licking activity is best described as, flicking their tongues into the air continuously before drawing their tongues back into their mouths, allowing them to understand their environment better.

An organ located at the roof of a leopard gecko’s mouth, as mentioned earlier, the Jacobson’s Organ, is also referred to as the vomeronasal organ. The Jacobson’s Organ is used to decode particles of the environment received from the tongue, into messages.

The surface of the leopard geckos tongue contains nanoscopic particles obtained from “licking” the environment.

The messages received by the brain allows the leopard gecko to understand the environment.

Most other animals and other reptiles also have the ability to use their tongue for smelling and / tasting. The vomeronasal organ is also understood to detect pheromones, which is essential for reproduction and socializing.

Initially, you may have thought that your leo licking you meant that he is being affectionate toward you, but now you know, it goes a little bit further than just showing you some love.

What Else Could Licking Behavior Indicate?

Licking could also potentially indicate issues experienced by your leopard gecko, and thus it’s crucial to monitor their licking behavior so that you can act quickly. Be aware of the following licking behavior, which may require you to respond with proper treatment.

Leopard geckos may open their mouths substantially and then frequently lick their mouths as well as their food. This behavior, together with not being able to hold food, including difficulty, experienced holding food could indicate a more severe issue of concern for keepers.

These issues experienced by leopard geckos could potentially be symptoms of a weak jaw, which is a result of calcium deficiency and MBD.

Using your fingers very lightly, carry out an examination to determine whether the jaw feels soft and pulpy or sponge-like.

Lip-licking in leopard geckos could indicate mouth rot or abscesses, which are painful and may hinder feeding. You can inspect your leopard geckos’ mouth for redness or sores to determine if he could potentially be suffering from mouth rot.

Other Reasons for Licking Behavior

Leopard Geckos are fond of licking their vents for various reasons, which we will quickly note, you shouldn’t be alarmed if you notice this licking behavior, however, practice precaution where necessary.

Leopard geckos lick their vent area after passing stool or marking their territory.

Leos lick their vents after they have passed bowels in order to sanitize and clean up after themselves. It is important to clean your hands after contact with your leopard gecko so as not to spread germs to yourself or others.

Leopard geckos are also known to carry salmonella in their guts, and although they are immune to it, it is important to note that you may not be. You should be prudent in sanitizing in order to avoid catching this strain of salmonella.

People with weaker immune systems affected by this strain, such as the elderly and younger children, should seek professional help as they are not able to effectively deal with the symptoms as people with stronger immune systems. 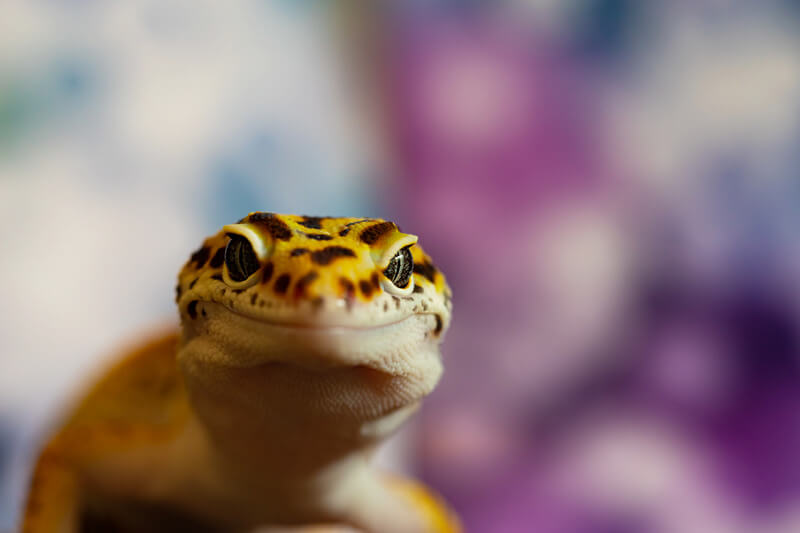 Leos, being territorial creatures, mark their territory by passing a waxy substance from their pores near their vent.

Licking For Cleaning, Impaction or Shedding

Leopard geckos also lick either for general cleaning, during impaction, or after shedding.

Leos generally just like to be kept clean, so even if they aren’t passing stool, or marking territory, they will be licking their vents clean as they are actually clean animals by nature.

Licking off their vents and body parts is so much easier for leos since they only have skin to cover their bodies and don’t have to be concerned about any dirt getting trapped under fur, luckily.

The vent allows a leo to pass waste and swelling could occur if the vent is clogged due to waste that may be too hard to pass, resulting in impaction.

In an attempt to clear the area, leopard geckos may start licking their vents due to inflammation in the area.

To help your leopard gecko, soaking him in lukewarm water may provide some alleviation and softening of the stool.

Seek immediate professional assistance for your leopard gecko if soaking doesn’t work, and you cannot alleviate the symptoms.

Although it may seem unusual, licking after a shed is natural for a leopard gecko as they may want to clean off all their shed. They’ll tend to lick their entire bodies from their tails and feet to their nose after a shed, and you should not be concerned.

Your leopard gecko licking you is normal and simply a way for him to get to know you and understand you better. There is no cause for alarm when he is licking you.

You will need to monitor other licking behavior closely, though, as your gecko may be experiencing some form of stress in instances where the licking behavior is odd. These issues may need to be addressed through consultation with a professional.

Finally, have fun with your gecko and enjoy the process of allowing him to get to know you better!